We had the privilege of being one of the few people in Northern California to have the hard hitting documentary ‘Vaxxed’ show in our community.

A shout out to The Pageant Theatre is in order. They serve organic popcorn with brewer’s yeast.

This documentary is excellent and the producers don’t mess around. It’s clear, concise and gets right to the point making that point very clear:

There is a war between the vaccine industry and the parents of young children. Period. It’s brutal and real and the victims aren’t just the children but the parents of these damaged children.

The agenda is this: use any sinister propaganda tactic possible to prey on the families of the very young, including mandating compulsory vaccinations.  Then laugh to the tune of billions of dollars all the way to the bank.

Destroy the documents, cover-up the stories, sensor the studies, and black list and harass any individual who would dare rise up against the juggernaut known as the CDC and it’s collusive pharmaceutical bed fellows.

Enter Dr. William Thompson, a CDC scientist turned whistleblower who was part of a panel of doctors studying the effects of the MMR vaccine. His conscience will no longer allow him to be part of the cover-up that hides the truth:

Enter Dr. Andrew Wakefield who was a whistleblower gastroenterologist who exposed a link between the MMR vaccine and autism as far back as 1998 and was black balled for his efforts.

Wakefield wasn’t even proposing the abolition of vaccines. He simply endorsed an idea to make the vaccine a single dose each of measles, mumps and rubella instead of appearing all three at once in the shot which is the MMR vaccine.

In response, the industry removed the single dose option. Simply, they made it unavailable. Why would they do that? What’s the agenda here?

Why would the CDC allow the distribution and injection of poisonous vaccines when they know damn well that they severely damage these children? Is it just the money?

Can’t they still make money off of vaccines that don’t maim the recipient?

At one point  Dr. Stephanie Seneff makes the statement that at this rate, 1 in 2 children and 80% of all males will have autism by the year 2032.

This isn’t just evil, greedy scientists trying to make a buck. This is an end-game plan to cull the population into some other unknown scenario that can only be left to the imagination. Maybe something similar to the more popular dystopian movies or novels.

There isn’t much resistance in a population that is this broken.

And what made it more real was the conversation with a woman sitting next to us. She has a grandson and three other family members diagnosed with autism. That’s a total of four in her immediate family.

The movie house was packed and I bet every person in there had a story.

It’s stories like yours and the one’s in Vaxxed that will change the trajectory of this dooms day scenario we’re headed for. 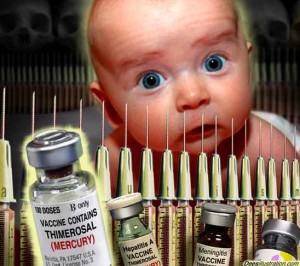 I believe that it is better to tell the Truth than a lie. I believe it is better to be free than to be a slave. And I believe it is better to know than to be ignorant. -H. L. Mencken- All fixed set patterns are incapable of adaptability or pliability. The Truth is outside of all fixed patterns. -Bruce Lee- Truth exists; only lies are invented. -Georges Braque- Tragedy is like strong acid - it dissolves away all but the very gold of Truth. -D. H. Lawrence- In a time of universal deceit, telling the Truth is a revolutionary act. -George Orwell- Three things cannot be long hidden: the sun, the moon, and the Truth. -Buddha- I am the Way, the Truth, and the Life. No one comes to the Father except through Me. -Jesus Christ- Personality is only ripe when a man has made the Truth his own. -Soren Kierkegaard - The object of the superior man is Truth. -Confucius- But such is the irresistible nature of Truth, that all it asks, and all it wants is the liberty of appearing. -Thomas Paine- You never find yourself until you face the Truth. -Pearl Bailey- Piety requires us to honor Truth above our friends. -Aristotle- The first step toward finding God, Who is Truth, is to discover the Truth about myself: and if I have been in error, this first step to Truth is the discovery of my error. -Thomas Merton- It may not always be easy, convenient, or politically correct to stand for Truth and right, but it is the right thing to do. Always. -M. Russell Ballard- Truth is always strange, stranger than fiction. -Lord Byron-